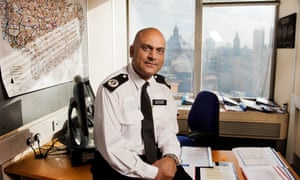 Mark Burns-Williamson, Police and Crime Commissioner for West Yorkshire, is hosting the web chat to give members of the public the chance to talk about the issue. It will be held from 7pm to 8pm on Tuesday, March 22.

A children’s charity chief executive says the full scale of female genital mutilation in England is only now becoming clear after new figures revealed that a case was reported every 96 minutes last year.

The 5,484 instances of mutilation reported from October 2014 to September 2015 are described as just the “tip of the iceberg”, with many “unseen, unheard cases” never showing up on official statistics.

A Yorkshire police force says it has seen a significant increase in the number of female genital mutilation (FGM) cases recorded since it became mandatory for health, education and social care workers to report incidents in October.

The number of recorded cases of FGM is said to be the “tip of the iceberg”. Pictured posed by model.

Between 31 October 2015 and 31 January 2016, six reports have been recorded by West Yorkshire Police relating to ten children who had undergone FGM, compared with just one report before October.

Child sexual abuse grooming is a ‘massive issue’ for Huddersfield, a law firm has said.

West Yorkshire law firm Makin Dixon, which has offices on Queen Street, says it has been dealing with a marked increase in cases of girls being groomed for sex by older men.

The company has been working to obtain injunctions to prevent perpetrators contacting their victims, some of whom have children to their abusers. Makin Dixon partner, Jane Campbell, says victims and their relatives have become more willing to report abuse, which also includes ‘honour’ violence, forced marriage and female genital mutilation. But much of it still passes ‘under the radar’.

Ms Campbell, who works at Queen Street, says the company deals with hundreds of cases of ‘honour’ violence each year, together with about 100 cases of forced marriageacross West Yorkshire.