State Department: 60% of Afghan Girls Are Married Before 16

(CNSNews.com) – More than 12 years after the U.S. first invaded Afghanistan to overthrow the Taliban and deprive al Qaeda of a base operations, the sexual abuse of Afghanistan children has reached an all-time high, according to the U.S. State Department.

The department’s 2013 Country Report on Human Rights in Afghanistan, which was released this month, says that 60 percent of girls in Afghanistan are married before their 16th birthday.

“Despite a law setting the legal minimum age for marriage at 16 for girls and 18 for boys, international and local observers estimated that 60 percent of girls were married before the age of 16,” the State Department said in its most recent human rights report.

The Afghanistan Independent Human Rights Commission (AIHRC) reported an increase in rapes in 2013, with most victims being children. In fact, sexual abuse of children reached an all-time high, the commission reported in June, according to the State Department.

How many forced marriages in Finland annually?

In its Sunday edition, the Tampere paper Aamulehti interviews Nasima Razmyar, chair of theMulticultural Women’s Association Monika, an NGO aimed at supporting immigrant women in Finland. She believes that dozens of young women or men based in Finland are forced into marriage with someone of their parents’ choosing annually.

Razmyar bases her estimate on her own contacts among immigrants. She notes that dozens of immigrant women and girls seek protection at women’s shelters annually, and believes that this is just a fraction of those who need help. 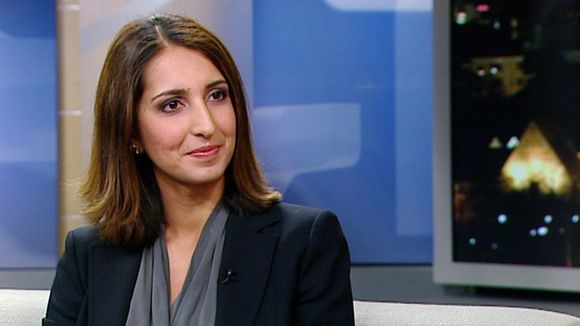 Sini Maria Heikkilä, Advocacy Coordinator at the Finnish League for Human Rights, says that the number of forced marriages in Finland must be investigated.

This information has been released to coincide with a conference taking place at Salterns Hotel, Poole, on Thursday, marking International Women’s Day. Among those set to speak at the conference, organised by Safer Poole Partnership to highlight the spectre of honour-based violence and forced marriage, is Jasvinder Sanghera – founder of national charity Karma Nirvana – and the Metropolitan Police’s Detective Inspector Clive Driscoll.

Detective Inspector Driscoll led the inquiry into the honour killing of Surjit Athwal, which took place in India in 1998. To date, those responsible for committing the actual killing have evaded justice – although Surjit’s husband and mother-in-law were jailed in 2007 for ordering the murder. This was the first UK conviction for an honour killing where no body was ever recovered.

Each year 14 million girls are forced into marriage according to the children’s charity Plan. While it often occurs in African and South Asian countries, it’s still an issue in Australia.

Forced marriage has been illegal in Australia for 12 months, following amendments to the Slavery Act last year.

The Slavery Act now recognises forced marriage as a serious form of exploitation and is punishable with up to seven years imprisonment.  Dr Eman Sharobeem was forced to marry when she was 15 years old. She’s since devoted her life to helping others avoid the same fate. Speaking at a forum at the NSW parliament, she says simply changing the law isn’t enough.

“My call is about education and learning, not to see the parents of the victim locked up behind bars. I’m happy that we have changes to the legislation but at the same time we need to tackle the issue from its core.”

In 2008, the then Archbishop of Canterbury, Rowan Williams, and Nicholas Phillips, Lord Chief Justice of England and Wales, both suggested that the UK could consider, in Lord Phillips’s words, “embracing Sharia law” because “there is no reason why Sharia Law, or any other religious code should not be the basis for mediation or other forms of alternative dispute resolution”. Williams commented: “it’s not as if we’re bringing in an alien and rival system”.

However, two recent widely reported cases of marriage between Muslim men and under-age girls raise troubling questions about these assumptions. One case in New South Wales where an imam married a twelve-year-old girl to a twenty-six-year-old man with her father’s consent is before the court.

In another case involving a custody battle, however, a judgment has been made that questions the way Western jurisdictions interact with sharia marriage regulations, specifically in relation to the widespread practice of conducting private, unregistered religious marriages. A Sydney Muslim girl aged fourteen was forced by her parents to become the child “bride” of a twenty-one-year-old man. Her mother had told her she would “get to attend theme parks and movies and eat lollies and ice-cream with her new husband”. Instead she endured years of sexual and physical abuse and intimidation before fleeing with her young daughter. Her story only saw the light of day ten years after her wedding when she pursued custody of her daughter through the courts.