Criminalisation of forced marriage became law today and Yasmin Khan of the Halo Project talks on BBC Radio Tees about it and its consequences.

Play the clip from the interview below.

If you are a victim or know somebody that is, help is at hand, contact the Halo Project now, for help and confidential advice.

Petition to end FGM in US nears 200,000 signatures

A  petition that calls on the Obama administration to tackle the issue of female genital mutilation (FGM) in the United States has been signed by nearly 200,000 people.

Jaha Dukureh, a victim of FGM who has spearheaded the Change.org petition, will be on Capitol Hill on Wednesday to meet  some of the more than 50 members of Congress who have lent their support to Dukureh’s petition, which calls on Barack Obama and the Department of Health and Human Services to commission research into the scale and severity of the problem in the US. Dukureh launched her campaign at the Guardian’s New York office last month with UN representative Nafissatou Diop, US congressman Joe Crowley and Guardian editor-in-chief Alan Rusbridger.

Doctors treating women and girls with FGM say the research is badly needed. “We would know, we’d have a better sense of it nationally … The challenge that I’ve faced over my entire career has been that often times we do not have data,” said Dr Crista Johnson-Agbakwu, who treats women from 43 countries at the Refugee Women’s Health Clinic in Phoenix, Arizona, where a “staggering amount” of her patients have been cut.

FGM is a 5,000-year-old practice that takes place  across large parts of Africa, the Middle East and south-east Asia. While there are varying types of severity, it essentially involves the partial or entire removal of the external female genitalia. Type III FGM, the most severe, requires the girl to be sewn closed until her wedding night. While there are grassroots movements in some African countries to phase out the practice, many diaspora communities still require a girl to be cut.

FGM special report: “I still can’t look at a razorblade”

Aissa Edon, 32, was pinned down and mutilated when she was just  six-years-old. “I remember everything about it,” she says, “the place, the  smell, being held down. I remember screaming – it sounded like someone else, but  it was me – and I remember blood and intense pain. Pain I can’t even  describe.”

Now a midwife in London specialising in FGM, she is happy to speak  openly to Cosmo about her experiences. “I was living in Mali when  my stepmother took me to undergo female genital mutilation (FGM). I was being  adopted by a family in France and it happened before I went away – a kind of  terrible going-away present. My one-year-old sister had it done then, too.

“When I arrived in France, my adopted parents knew straight away –  a section of my medical records was sealed, marked ‘do not open’, and the FGM  was included there. I was very lucky to be in France because I had a lot of  complications – pain for months afterward, urinary tract infections, and  psychological problems. To this day, I can’t look at a razor blade, and for  years I carried the guilt of what happened to my sister, wondering whether she’d  have escaped FGM if I hadn’t been leaving.

“I had surgery in 2004 to correct my urinary problems, and  reconstructive surgery to my clitoris in 2005. The first time I knew it was  working, I was walking down the street and I felt something strange happening  down below! I still have some psychological issues, and intimacy is difficult at  times – my body is working just fine, but my head shuts down.”

A campaigner against female genital mutilation (FGM) has criticised Kingston headteachers for failing to read Government advice on combating the practice.

The Department for Education has sent guidance to schools helping to identify girls at risk of the illegal practice, which can include being taken abroad to be cut.   But a Freedom of Information request by the Evening Standard showed 23 of the 53 Kingston heads who received the email did not read the online guidance – and 20 did not even open the message.

Kingston resident Sarbjit Athwal, who campaigns against honour-based violence and forced marriage as well as FGM, said: “I think that’s appalling. Every teacher should be reading the email. “There is no reason for them not to go ahead with it. “The summer holidays are coming. “It is when people tend to think, ‘It’s not our business’, that it gets really bad. Somewhere down the line we could save someone’s life.”

Siobhan Lowe, headteacher at Tolworth Girls’ School, said she was surprised at the figures, but said head teachers at a recent Achieving for Children conference had shown awareness of the issue.

Chennai: An SMS sent to the city police control room (9500099100) changed the life of a teenage girl who was forced into marriage by her parents in Arumbakkam. Banu (name changed) (17), a plus-two student, chose to send an SMS to the control as a last resort to save herself from the unwanted marriage arranged at Tiruverkadu on Sunday. Banu, determined to continue her higher studies, was unable to fight her parents and sent her sad tale through the SMS. The city police took up her SMS as a complaint and rescued her from her house and called off the wedding.

The police took her to the ICCW (Indian Council for Child Welfare), a voluntary childcare home in the city. Ms Silvia of ICCW told DC that the parents were angry and upset that the wedding was cancelled. “We appreciated Banu for taking the right decision on time. When we told the parents that since Banu is a minor and her marriage would be invalid and also illegal, they said they were not aware of the legal procedures. They were disappointed, as they had invited their relatives for the wedding. We told them that they would be penalised for the child marriage,” said Ms Silvia.

The legal age for marriage differs from country to country. In the UK, this age is 18. With parental and participant consent combined, this can go as low as 16.

Yet the number of cases that see marriages take place without participant consent is alarmingly high; and among South Asian communities in Britain, forced marriages (FM) are particularly common. The global statistics for underage or child marriages are overwhelming. 100 million girls under 18 will be married off within the next decade. There are currently 51 million girls between the age of 15 and 19 that are married worldwide.

In the UK, the Forced Marriage Unit (FMU; part of the Home Office) dealt with 1,302 cases related to FM between January and December 2013. Women are at higher risk of being forced into marriage at 82 per cent, however there is a significant number (18 per cent) which also see men being victims, and interestingly, forced marriages are not limited to the young either.

The Halo Project is pleased to host the Criminalisation of Forced Marriage in the North East of England. We will hear from experts in the field who can help us understand what the implications of the new law mean and also how we need to change the way we respond to forced marriages. Speakers include, Chaz Akoshile, Joint Head of the Forced Marriage Unit and Nazir Afzal, Chief Crown Prosecutor, CPS North West along with others to be confirmed.

We will keep you updated as speakers are confirmed, please visit info@haloproject.org.uk to register your interest. 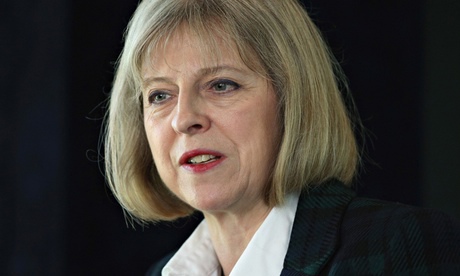