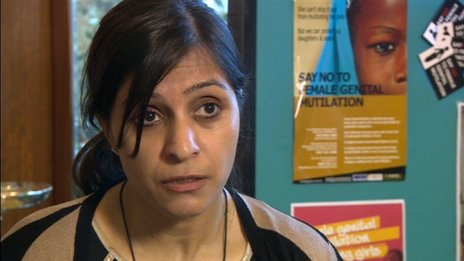 Rotherham: As a Pakistani woman, I’d welcome a police force that didn’t rely on imams

Like everybody else, I read Professor Alexis Jay’s report in the systematic failure to protect young girls in Rotherham, with disbelief and anger.

It’s simply awful. But, for me, it struck a note of personal horror somewhere deep down.

You see, I’m a Pakistani woman born and raised in Scotland, as part of a Muslim family. And, at the age of 12, I relied on the help of police and local authorities to help me escape from honour abuse and the threat of forced marriage. As a result of my experiences, I now dedicate most of my spare time to raising awareness of these issues. I’m currently working to establish a free mental health service for those who have suffered similar abuses.

Throughout the course of my work, I’ve come to understand a few things. If you are a rape victim, you can generally expect to be dismissed, disbelieved and made to relive your terrifying experiences in great detail in order to convince a courtroom that justice should be served on your attacker. Your behaviour and character will be dissected to deduce how irresponsible and, therefore culpable, you are.

And, after all that is over, you can expect little support in recovering from your ordeal and rebuilding your life. While some may believe that the handling of rape and sex abuse cases has become more effective in recent years, it’s now clear that this is simply not the case.

Child marriage for Syria refugees on the rise

Child marriage is on the rise in refugee camps in Jordan and Lebanon housing the growing stream of refugees from Syria, recent UN reports revealed.

A report from last year by the UN Children’s Rights and Emergency Relief Organization showed that a quarter of marriages that take place in the refugee camps involve girls under the age of 18.

The BBC recently spoke to some of these young brides in the Zaatari Camp, many of which are already mothers.

One young girl who was carrying an infant called her wedding day “a sad day”. “I did not want to get married at this age,” she said.

Another girl, donning a black hijab, told the BBC that she was 14 when she had to marry a 50-year-old man from Kuwait.

She says that “Everyone was telling me to smile or laugh but my feeling was fear, from the moment we got engaged.”

Estrangement: ‘I haven’t spoken to my family for 6 years’

When I was twelve years old, I was helped to escape the threat of forced marriage and honour abuse. I’d seen it happen to other members of my family and suffered various abuses myself, although I was made to feel like the ‘attitude problem’ was mine. The local police force and social services helped me get away, but that wasn’t the end of my ordeal.

For thirteen years afterwards I struggled to overcome great confusion and emotional turmoil in an effort to maintain some semblance of a relationship with my parents. In this I was unsuccessful: the abuse continued, in less extreme forms that prolonged the psychological damage that had already been wrought.