An MP is attempting to ban authorities from describing murders as “honour killings”.

Conservative Nusrat Ghani said the term was used by abusers as a “pathetic self-justification” for their violence.

She proposed a bill in the House of Commons that would ban the use of the description in official publications.

The move would make it clear that “cultural and religious sensitivities are not a barrier to justice”, the MP for Wealden in East Sussex said.

What is female genital mutilation? Where does it happen?

LONDON (Thomson Reuters Foundation) – There is a growing global drive to eradicate female genital mutilation (FGM) in a generation. Ministers, U.N. officials and campaigners from around the world meet in Rome on Monday for a major conference to discuss how to accelerate efforts to end the practice. Here are some facts.

– An estimated 200 million girls and women worldwide have been subjected to FGM. In Africa, it is thought that 3 million girls are at risk every year.

– FGM is known to be prevalent in 27 African countries, Yemen, Iraqi Kurdistan and Indonesia. But there is growing evidence that it may exist in many more Asian and Middle Eastern countries than commonly thought. It is also found in industrialized countries among some immigrant populations.

Survivors of rape often say they are left with devastating, sometimes lifelong, trauma. One woman who was sexually assaulted in Iraq described her feelings this way: “I have no past and no future at the moment. I am stuck in my anger and pain.”

Imagine how much worse this pain would be if you were forced to marry your rapist and share a home and bed with him.

This is the reality for some girls in Malaysia, where local organizations have documented cases in which men who raped underage girls – in one case a girl of 12 – have attempted to evade criminal charges by marrying the girl.https://www.hrw.org/news/2017/01/26/marrying-your-rapist-malaysia

Mayar Mohamed Moussa, 17, died last year after her mother took her to a private hospital for the procedure.

Egyptian experts have criticised lenient sentencing in what is only the country’s second ever prosecution for female genital mutilation (FGM) procedure. The four accused were given suspended prison sentences and fines following the death of 17-year-old Mayar Mohamed Moussa after undergoing FGM. 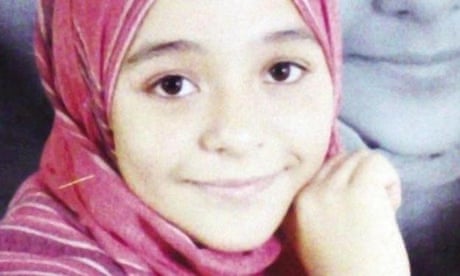 The teenager from Suez died in May last year after her mother, a nurse who is among the sentenced, took Mayar and her sister for the ‘operation’. The procedure took place in a private hospital in under full anaesthesia. Her sister also underwent the surgery before her and survived.https://www.theguardian.com/world/2017/jan/18/egyptian-judge-gives-four-people-suspended-sentences-over-fgm-death

Posted in FGM | No Comments »

Posted in Honour Killings | No Comments »

Call the Midwife is taking off the kid gloves to deal with the tough issues, including female genital mutilation and the Pill, that affected the residents of East London back in 1962.

The East End began to see cultural changes as the 1960s began and people from around the world were flocking to the city.

As a result, the nurses have to deal new situations, such as female genital mutilation.

Linda Bassett, 66, who plays Nurse Crane, says: “These are all real things that happened then and are happening now.

In the story, the nuns and nurses discover that mum-to-be Nadifa, a Somali woman who has come to the UK with her younger sister to join her husband, has been circumcised.

Posted in FGM | No Comments »

Child brides: New laws to get tough on parents who force arranged marriages

PARENTS caught trying to force daughters into “horrific” arranged marriages would have their passports torn up and be forced to reveal to authorities where their child could be found, under tough new NSW government laws.

Just days after prominent Melbourne imam Ibrahim Omerdic was charged with facilitating the forced marriage of a child under 16, NSW Family and Community Services is seeking urgent advice about how to better protect young people from arranged marriages.

One option being seriously considered is introducing the UK’s forced marriage protection orders. Under the orders, parents can be hauled before the family courts and made to reveal where the child could be found.

West Midlands Police has secured 28 civil court orders to protect victims of forced marriage as it emerged the region is the second worst in the country for the problem.

The force revealed this week that it has applied for four civil orders and supported a further 24 successful cases brought by partner agencies.