BRISTOL West Lib Dem MP Stephen Williams (pictured) heard testimony from project workers about the work that a Government-funded organisation in Bristol is doing to end the practice of female genital mutilation.

Mr Williams, the Communities’ Minister, helped to end the practice of FGM and so-called ‘honour’ based violence by announcing earlier this month a total of £270,000 in funding to 17 frontline community projects.One of these is Integrate Bristol which was awarded £19,807 to take their work forward.

Is there hope for the child bride accused of murder in Nigeria?

Today, Wasila Tasi’u has her day in court, though she may struggle to see over the witness box. Aged just 14, Tasi’u is accused of lacing food prepared for a celebration two weeks after her wedding with rat poison, killing her 35-year-old husband, Umar Sani, and three others.

The prosecution is seeking the death penalty if she is convicted at Gezawa High Court in northern Nigeria. Four Nigerian men were hanged in 2013 – the first known executions in the country since 2006. 1,233 Nigerians are currently under a death sentence, according to The Death Penalty Worldwide.

Hussaina Ibrahim, a senior lawyer at the Kano branch of the International Federation of Women Lawyers (FIDA) who representing Tasi’u says the teenager has “no business” being on trial.

“We are against the trial. The whole process violates her fundamental rights. The UN Convention on the Rights of the Child says she should be in education. She should be in school,” she says.

A human rights lawyer who took her fight to the United Nations claims the Government lied about cuts to legal aid.

And following Government cut-backs to legal aid – which the Ministry of Justice continue to claim are legal – she was instrumental in a campaign to prove the Government’s actions are a breach of international law.

After giving evidence in Geneva in person, Cris – who was named the Law Society’s Lawyer of the Year for her work – has said the British Government must respond to the UN’s recommendations for change by next year.

Cris, and other colleagues who gave evidence to the organisation, want all victims of abuse to have access to legal aid as well as stopping the current system whereby women must pay to get letters from police and doctors that prove they have been abused.

Across the country cuts to legal aid have so far seen a dramatic rise in people representing themselves in the court room, as well as two high profile walkouts by barristers and solicitors.

Cris said: “One of the reasons why I’m so incensed about it is because there’s been so many lies told by the Government. Call me naive, but I find that shocking.

A “monstrous” father has been jailed for 35 years, after being found guilty of hacking to death his former long-term partner and their 22-month-old baby daughter, on the day he was supposed to move out of the family home.

Roland McKoy, 53, of Hackney, east London, inflicted horrific injuries on Valerie Forde, 45, his partner of 18 years, and their youngest child, Real-Jahzara, out of “spite and resentment” at being told he should leave. Their screams were heard by Forde’s eldest daughter, Carrise, 28, who listened via telephone, powerless as he attacked them with a machete, hammer and screwdriver.

Any report of a threat to life made to police by a partner should automatically trigger a risk assessment model, known as Domestic Abuse, Stalking and Honour Based violence (Dash) identifier, introduced in 2009 to manage risk and ultimately, to save lives. It takes into account the history of the relationship including previous threats.

Toll of kids missing from school

More than 2,600 children as young as three have disappeared from Scottish schools for prolonged periods of time and some never found, according to new figures obtained by the BBC.

In some cases, children are marked as missing because they have moved house and failed to tell the school.

Agencies say others disappear for more “sinister” reasons including abuse and forced marriage.

In the past five years, 2,619 children aged three to 16 have gone missing.

The figures, obtained under the Freedom of Information Act, include 719 children going missing in the past year.

Children are categorised as “missing in education” if the authorities are unable to track them down from four weeks or more – or two to three days in the case of vulnerable children .

Some 24 children were never traced – in the main because authorities say they moved abroad.

A charity founder, human rights campaigner and author has spoken to sixth form students about the dangers of forced marriage.

Aneeta Prem, leader of Freedom Charity, visited Leyton Sixth Form College on Friday to highlight the horrific treatment of some girls at the hands of their families. MP John Cryer was also in the audience.

Ms Prem’s charity Freedom believes forced marriage is a hidden problem within the UK and that the figures given by government are under-representing the problem.

She said: “Dishonour abuse looms larger than ever with female infanticide, domestic violence on the rise and forced marriage affecting young men and women.

There are fears a nine-year-old Sydney girl has been taken out of Australia to be married overseas.

The federal justice minister, Michael Keenan, says he is investigating reports the girl will be married in the Middle East.

“We’re very keen to … make sure that if somebody is to come across this type of crime that they know how to go about helping that person to report it to authorities so we can do something about it,” he told the ABC. 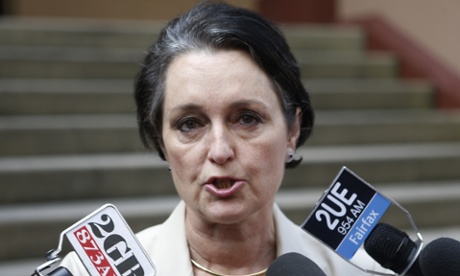 The NSW minster for women, Pru Goward, has said parents must be told child marriages are illegal. Photograph: Daniel Munoz/AAP

The NSW minister for women, Pru Goward, said parents needed to know it was illegal to take their child overseas for a forced marriage.

“Certainly the person who ‘married’ the girl can be prosecuted and it is just an unacceptable part of life in Australia,” she told Macquarie Radio on Tuesday.

The Immigrant Women’s Health Service in western Sydney was tipped off about the case.

MORE than 170 people attended an event in Bradford to raise awareness in changes to the law regarding forced marriage.

The keynote speaker at the event, organised by Bradford Council and voluntary groups, was West Yorkshire Police and Crime Commissioner Mark Burns-Williamson. He said: “Tackling forced marriage is a key priority within my police and crime plan and I have said I would support a partner-led campaign to raise awareness of the new laws around forced marriage and honour-based violence.”

Dorset Police say there were 22 reports of honour-based violence and forced marriage in Bournemouth and Poole alone last year.

The crimes are being highlighted as part of a campaign to raise awareness of the subject during Domestic Abuse week. It’s thought many more are never reported.

In October this year Faleh Ghasi Albasman was sentenced to an indefinite hospital order after he admitted stabbing his daughter to death for being “disrespectful”.

Dorset Police, working with local authorities across Dorset, has produced a leaflet entitled “Honour Based Violence, Female Genital Mutilation and Forced Marriage”, which is aimed at those who feel they or family or friends may be at risk. It emphasises that allegations will be taken seriously and the help available from the police and other organisations.
Read more at http://www.heart.co.uk/dorset/news/local/dorset-police-targeting-honour-based-violence/#90qKOGCLXAK81oIR.99