When Katrina Ffiske travelled to Nepal, she met a woman whose strength astounded her – and asked her to share her story 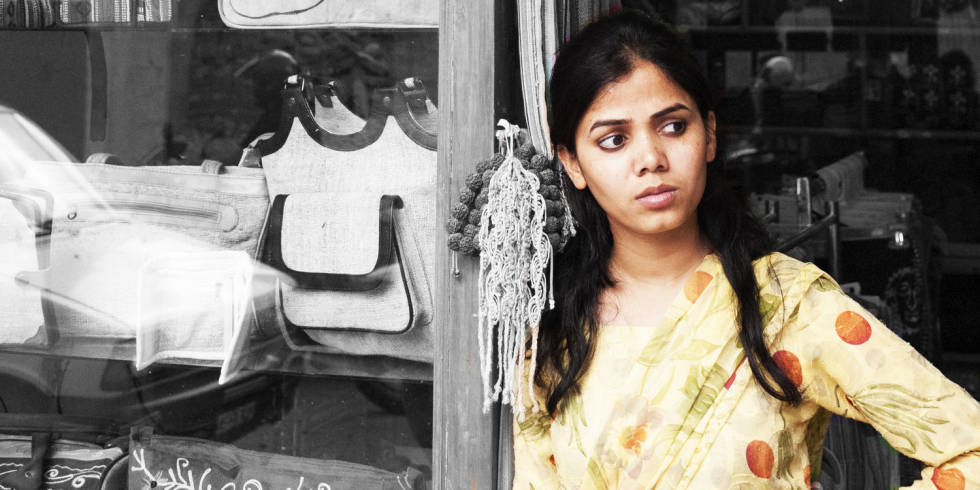 I’m in Kathmandu as part of an eight-week trip volunteering at an orphanage, wandering the tourist streets and absorbing the sights – endless small shops selling everything from pig heads to pashminas – when, to escape the dust, I dodge into a local shop called Women’s Local Handicrafts.

Its shelves are filled with handmade purses, rucksacks and wallets, and in the corner a young woman sits behind a sewing machine. In good English, she introduces herself to me as Nasreen Sheikh, a 23-year-old Sunni Muslim.

After admiring her work (I want one of everything) we start chatting. Nasreen tells me how she runs the business herself – but is terrified that any day now, she’ll be forced into an arranged marriage. I’m shocked, but don’t know much about arranged marriage, so I return the next day to find out a bit more.

We sit together at the back of the shop, surrounded by scarves and bags, drinking spicy, sweet Nepalese tea. Nasreen begins to tell me her story. She comes from a small village in India, and left there aged 14. But soon, she says, she will have to return.

Her mother has arranged for her to marry a local boy – and there’s panic in her voice: “There, women are seen and not heard,” she says. “They don’t even know what the internet is, and people don’t view education as important. Girls are like a commodity. I wish I’d been born a boy.”