Almost half of forced marriages involving Britons come from the Pakistani community. Amid calls from charities for the government to do more to keep track of how many children are forced into marriage during school holidays, a shelter in Pakistan is providing refuge for some of those who have managed to escape. At a secret address in Islamabad surrounded by security, Khalina Salimi runs a refuge that has become a lifeline to girls and boys who have escaped forced marriage in Pakistan.

Ms Salimi is the director of Sach (Struggle for Change) – and she and her team of caseworkers deal with the rescue, rehabilitation and repatriation of girls and boys from around the world. In the last year they have helped approximately 40 children and young people – 21 of whom came from the UK. Recent estimates suggest more than 5,000 people from the UK are forced into marriage every year and more than a third of those affected are aged under 16. 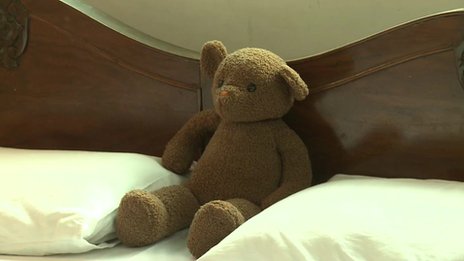 Some of the calls for help that Sach receives come from embassies and consulates that need assistance. Others come from the children themselves. “No one case is the same,” says Ms Salimi. “Sometimes we might get a call from them and if they are able we ask them to go to a shop and then we will go and get them,” she says.

“Sometimes we are alerted to a wedding which is being held in public. We would not take a car there because we might be noticed, so we take public transport to the event, and then we grab the girl and run, run, run.” ‘Solitary confinement’

Ms Salimi, a sociologist, set up Sach in 1994. Initially the victims were too scared to come and seek their help – now they receive thousands of calls annually.

This entry was posted on October 8th, 2013 and was last modified at October 7th, 2013 and is filed under General. You can follow any responses to this entry through the RSS 2.0 feed. You can skip to the end and leave a response. Pinging is currently not allowed.