A Malaysian court has sentenced a man to 12 years in jail for raping a child whom he later married.

The district court in Sabah state, Borneo island, found former restaurant manager Riduan Masmud, 41, guilty of raping the 12-year-old in February last year, his lawyer, Ram Singh, said. The father of four was charged with rape shortly after the act, but in May told the court that he had married the girl. The case caused an outcry and prosecutors continued to pursue the rape charge.

“The court says even though the marriage is still valid, he is guilty” of rape, Ram said, adding he would appeal against the verdict. Riduan was also sentenced to a fine and two strokes of the cane. The court deferred the sentence pending appeal. Ram said Riduan was also facing bribery charges in a separate court for paying the girl’s father 5,000 ringgit (£920) to give his consent to the marriage. 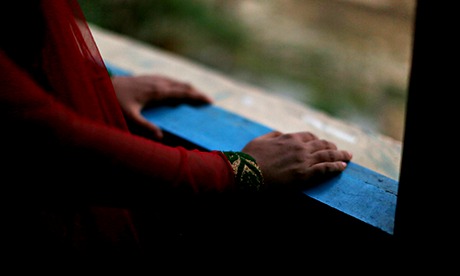 Child marriages are not uncommon in the conservative south-east Asian country, where some 60% of Malaysia‘s 28 million people are Muslim. Girls below the age of 16 must obtain the permission of Islamic courts, which regulate civil matters for Muslims. But rights activists say such permission is too readily granted.

Muslims are allowed to have up to four wives in Malaysia. Riduan’s children from his first wife are aged three to 18, Ram said.

This entry was posted on February 20th, 2014 and was last modified at February 18th, 2014 and is filed under General. You can follow any responses to this entry through the RSS 2.0 feed. You can skip to the end and leave a response. Pinging is currently not allowed.