Intervention in these cases are often not prioritised because their situation is not thought to be life-threatening. The Department for International Development will host an event for donors, the United Nations and international non-governmental organisations and urge that abuse and violence against women and girls is prioritised during a crisis. The pledge comes after a report suggested that female Palestinian and Syrian refugees in Lebanon are vulnerable to abuse. 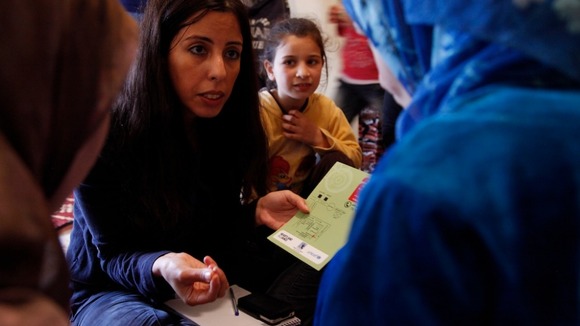 Since the Syria conflict began almost two million people have fled the country, according to figures released by the United Nations.

Around one million refugees are believed to be in Lebanon – nearly a quarter of the country’s population – and many women are in danger of being abused or sexually exploited, according to a report by Oxfam and ABAAD – Resource Center for Gender Equality. The research suggests that men in refugee camps have low self-esteem because of the situation they find themselves in and vent their frustration towards women and girls.

Violence towards women and children has increased as some men vent their frustration and abuse their power within the household. Outside the household, there are also examples of women and girls who are vulnerable to physical and verbal harassment, including sexual harassment, and in many areas they fear kidnap, robbery, and attacks.

Widowed or other women on their own are particularly vulnerable, with some pretending in public to receive phone calls from their former husbands, to protect themselves from male harassment.

Early marriage of daughters – which was common in Syria before the conflict began – also increased in refugee camps as a way to either protect young girls or ease financial pressures on the family, the report suggested.

This entry was posted on November 30th, 2013 and was last modified at November 25th, 2013 and is filed under General. You can follow any responses to this entry through the RSS 2.0 feed. You can skip to the end and leave a response. Pinging is currently not allowed.