Figures showing that 1,220 possible cases of forced marriage in Britain were reported to the authorities last year may not reflect the full scale of abuse, the Home Office has said. 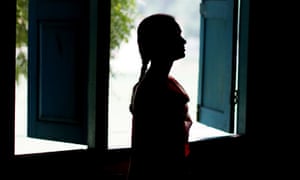 More than a quarter of possible cases of forced marriage in the UK involved victims aged under 18. Photograph: Graeme Robertson for the Guardian

The official figures show that the number of cases reported to the Forced Marriage Unit (FMU) via its public helpline or email fell by 3%, or 47 cases, in 2015, continuing the downward trend of the last six years.

The unit, a joint Home and Foreign Office operation, received 350 calls a month and offered help or support in 1,220 cases. Some of the 350 were repeat calls about cases, or were about other issues, including divorces, annulments and sham marriages.

Almost 80% were from professionals, colleagues, friends or family, and only a small proportion from victims themselves.