Gambian youth come together for conference to tackle #FGM

They call the Gambia the smiling coast, and as 100 young people from across the country poured into the Paradise Suites Hotel in Kololi beach on Wednesday, it was easy to see why. 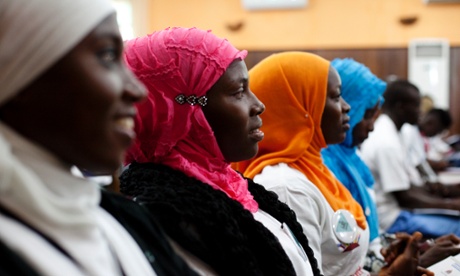 They came from all corners of the nation – girls and boys, rural and urban, in school and out, uniting for the first ever youth summit on female genital mutilation. Chatting, smiling and laughing – but determined that FGM would end with their generation.

It’s the first time young people in this small west African nation have decided to take the fight against FGM into their own hands, but they also remembered to invite the grown-ups. Key officials of the Gambian government came to the event on Tuesday, in a move described as “groundbreaking” by campaigners against the practice.

Spearheaded by Gambian-born Jaha Dukureh, the face of a Guardian-backed campaign to combat FGM in the US, the youth summit has brought 100 Gambians between the ages of 17 and 25 together to teach campaigning and social media skills and equip them with the legal and medical knowledge to go out and spread the word among their own generation.