Dad forced me into marriage, but then saved me

Sara Batuk was forced into marriage in Turkey by her father when she was still a teenager – only for him to rescue her four years later when he could see the appalling abuse she suffered. 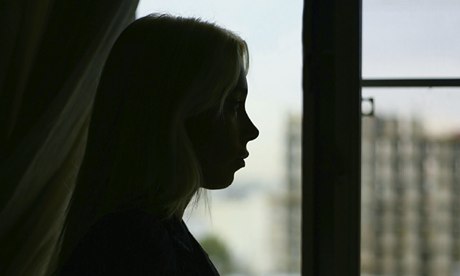 Whether they’re kicking a football to one another in the park or poring over a pile of schoolbooks at the kitchen table, my father and my son are rarely apart. But the painful truth about Dad’s great devotion to his grandson is that it is born out of a mixture of love and the most terrible guilt. Ali was born in Turkey in 2003. He is the only good thing to come out of the four years I spent there being repeatedly raped, beaten and bullied by the animal dressed up as a man that my father forced me to marry.

The marriage was supposed to protect me from the ways of the western world I was born into. Dad remained deeply suspicious of those ways, despite having lived in London by then for 25 years himself. Instead, it became a brutal exercise in endurance, leaving me so emotionally and physically battered that at one point I saw killing myself as my only way out. In the end, my liberation came in a far less likely form: my dad came back and rescued me. Two of my life’s most enduring memories come from weddings in Turkey. At the first, I am a little girl. I can picture myself now, huddled with my cousins under a table swathed in red silk and heaving with food, eating baklava as we observe the grownups from the feet up as they dance before us.

The ebbing heat, the loud music, the laughter and a general sense of excitement at two young people starting out on a new life together fills me with happiness. Despite being only 11 at the time, somehow I know things will be very different for me when I get married myself. My uncle’s wedding had been gently arranged, which is how it was then for traditional families such as mine living in Turkey. The happy couple had met on a blind date, set up by their respective parents, and got on well. After six months of chaperoned meetings. they announced their engagement. But as a girl born, raised and schooled in London, I took it as read that it would be me introducing any prospective husband to my parents; not the other way around.