Forced marriage could be made a crime in Scotland

MSPs are seeking views on whether forced marriage should be a criminal offence.

Holyrood’s Justice Committee wants to know if people believe criminalisation would be an improvement or if present safeguards are sufficient.

The call for evidence comes after an attempt by Westminster to legislate for Scotland on the criminalisation for forced marriage.

The UK Bill would make it a criminal offence for any person to use violence, threats or any other form of coercion to force someone to marry without their free and full consent. 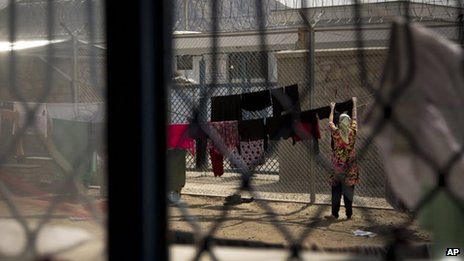 In front of 300 villagers, Halima’s father shot her in the head, stomach and waist – a public execution overseen by local religious leaders in Afghanistan to punish her for an alleged affair. Halima, aged between 18 and 20 and a mother of two children, was killed for bringing ‘dishonour’ on her family. Police in the northwestern province of Badghis said Halima was accused of running away with a male cousin while her husband was in Iran, and her father sought advice from Taliban-backed clerics on how to punish her. “People in the mosque and village started taunting him about her escape with the cousin,” Badghis provincial police chief Sharafuddin Sharaf told AFP. “A local cleric who runs a madrassa told him that she must be punished with death, and the mullahs said she should be executed in public.

The father killed his daughter with three shots as instructed by religious elders and in front of villagers. We went there two days later but he and his entire family had fled.” Amnesty International said the killing, which occurred on April 22 in the village of Kookchaheel in Badghis province, was damning evidence of how little control Afghan police have over many areas of the country.

“Violence against women continues to be endemic in Afghanistan and those responsible very rarely face justice,” Amnesty’s Afghanistan researcher Horia Mosadiq said.
“Not only do women face violence at the hands of family members for reasons of preserving so-called ‘honour’, but frequently women face human rights abuses resulting from verdicts issued by traditional, informal justice systems.”

Police in Baghdis, a remote and impoverished province that borders Turkmenistan, said Halima had run away with her cousin to a village 30 kilometres away. Her father found her after 10 days and brought her back home, where clerics told him he must kill her in front of the villagers to assuage his family’s humiliation. A Badghis-based women’s rights activist said he had seen video footage of Hamila’s execution, which AFP was not able to obtain.

EMC news – Aruna Papp never questioned the beatings she received from her husband and her father until she moved to Canada.

Papp, who grew up in India and was married by the age of 17, began working as a short-order cook at York University after emigrating in the ’70s.
After finding a second job as a women’s locker room attendant, she secretlybegan taking sociology courses in the building next to where she worked. After coming home one night and learning from her daughter that her father had instructed her husband to beat her “because that’s the only language she understands,” she escaped and lived in her car for two weeks before finding a bachelor apartment. Since then she has founded the South Asian Family Services and works with the York Regional police to educate them on cultural differences and honour based violence.

The author of Unworthy Creature: A Punjabi Daughter’s Memoir of Honour, Shame and Love, Papp told the group at an Algonquin College workshop on April 23 that telling her story was tough, but it became necessary to help women gain equal rights.

The workshop, In the Name of Honour: Responding to victims of Honour-Based Violence and Forced Marriage, was hosted by the college’s victimology program, the Ottawa police victim crisis unit and the Department of Justice. The workshop marks the fourth year of the college program. It’s a one-year graduate certificate course that takes grads from social work, policing and nursing. The program was created four years ago. Each year, the speaker panel is made up of people who have been victims of violent crime, along with police officers, counsellors and social workers who have worked in various parts of the country’s judicial system.

There is a very real issue of violence towards women in British Asian society, but let’s not dress it up as something cultural.

This week’s Panorama, Britain’s Crimes of Honour, made for harrowing viewing. In the space of 30 minutes, the programme recounted horrific murders of women in the UK. There was video footage of Banaz Mahmod, the young Iraqi Kurdish woman from south London whose family murdered her and buried her in a suitcase after she was spotted kissing her boyfriend outside a tube station. There was the grieving mother of Laura Wilson, the teenager from Rotherham who was knifed repeatedly by her boyfriend, Ashtiaq Asghar. Then there was the wedding clip of Nosheen Azam, who came to Sheffield from Pakistan as a young bride and was trapped in an abusive marriage. She was found in her back garden, aflame. Nosheen survived but is brain dead, her body badly burnt. No one knows whether she set herself alight to commit suicide or whether it was attempted murder. Her father, who visits her in a care home, wiped tears from his eyes as he recalled telling her not to leave her husband, for the sake of her family’s pride.

Women who find themselves victims of forced marriage and honour based violence are being urged by Derbyshire’s Deputy Police and Crime Commissioner, Hardyal Dhindsa, to seek help from the police.

Mr Dhindsa, speaking out in the lead-up to International Women’s Day on Friday, said: “Forced marriage has far-reaching impacts, and particularly with regard to safeguarding children and families.

“I am, however, pleased to say that multi-agency professional help is increasingly emerging. Both the police and partner agencies know about these crimes and ready to help victims find a solution.”

He added: “Only this week we saw the launch of a Government-funded smartphone Freedom app. It provides information and sources of help aimed not just at potential victims – who so often don’t know where to go for help – but also at their friends, teachers and professionals.”

He also acknowledged Prime Minister David Cameron’s promise to make forced marriage a criminal offence and said he hoped it would be sooner rather than later. It is hoped that legislation will be brought forward this year or next.

Groomed for sex at 12, stabbed to death at 17: Shocking life of white teenage mother murdered after Asian lover rejected her child

A teenage student stabbed to death and dumped in a canal was groomed for sexual exploitation by adults from the age of 12, it has been revealed.

Laura Wilson, 17, had been tracked by social services since 2005 after she was identified as being ‘at risk’ of sexual exploitation by British Pakistani men.

But their work focused on other girls who were more closely associated with abusers in Rotherham, South Yorkshire.

The student was murdered in October last year after bringing ‘shame’ on two Asian families.

Barry Coppinger, The Police and Crime Commissioner for Cleveland and Yasmin Khan, Vela Group – Talk about Honour Based Violence and Forced Marriages in our Region.