Maternal health funding ‘the right thing to do’ – but what comes next?

When Bhoke Peter was 14, her uncle married her off to a 55-year-old man. Her husband paid a bride price of 30 cows and set her to work in his field in a remote part of northern Tanzania, where he would whip her with a stick if she made a mistake. When they got home, he would beat her for not making his lunch fast enough.

He also raped her. 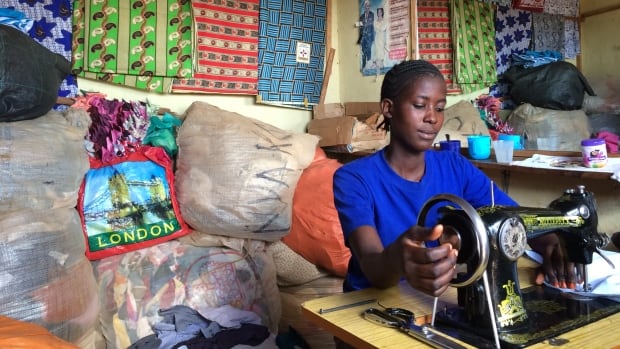 Martina Daniel, who ran away from home to avoid female genital mutilation and then convinced her parents not to go through with it, now works as a seamstress in a shop in Tarime, Tanzania that employs former child brides. (Laura Payton/CBC)

“I didn’t have much option because the bride price was already paid and the way the culture here is, once the bride price is delivered, you really have no choice but to obey your husband,” Peter told CBC News, sitting on a wooden chair in the shop where she now sews clothes with other former child brides.

When Peter was 17, she took the two children she’d had with her husband and ran away to her grandmother’s house. She eventually divorced him.

“I even heard that he is dead and I didn’t even go to his funeral because he was torturing me,” she said through a translator.